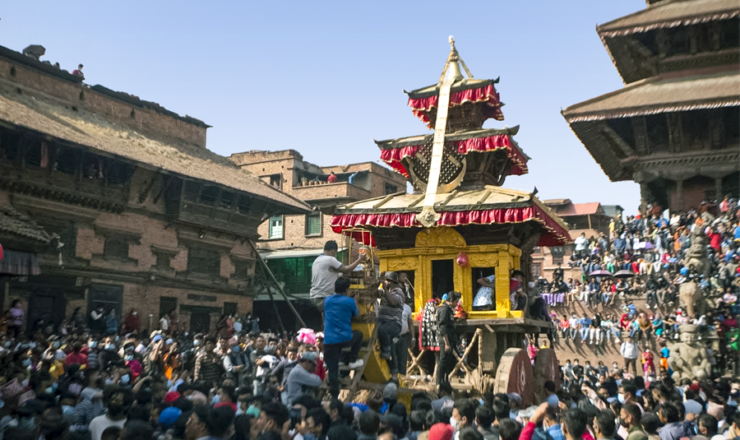 With the arrival of spring, festivals and festivities have returned to the cities, towns and villages with Newa population. This season is about the major chariot processions in three cities within Kathmandu Valley and even in the nearby city like Dolakha. Other smaller cities and villages also organized their yearly festivities where gods travel to the ancient part in Palanquin.

The scenes from the events are spectacular and joyful with sea of people in streets either as a spectator or participants in the processions. This year it was filed with even more excitement as many places the events were paused in previous years due to pandemic.

Bhaktapur city celebrated its major festival known as Biskā: were the gods travel in two chariots. To mark the beginning of this festival huge wooden pole – yosi is raised. The festival continues for eight to nine days. This year for the first time, the Biskā festival crossed the national boundaries and travel to London. 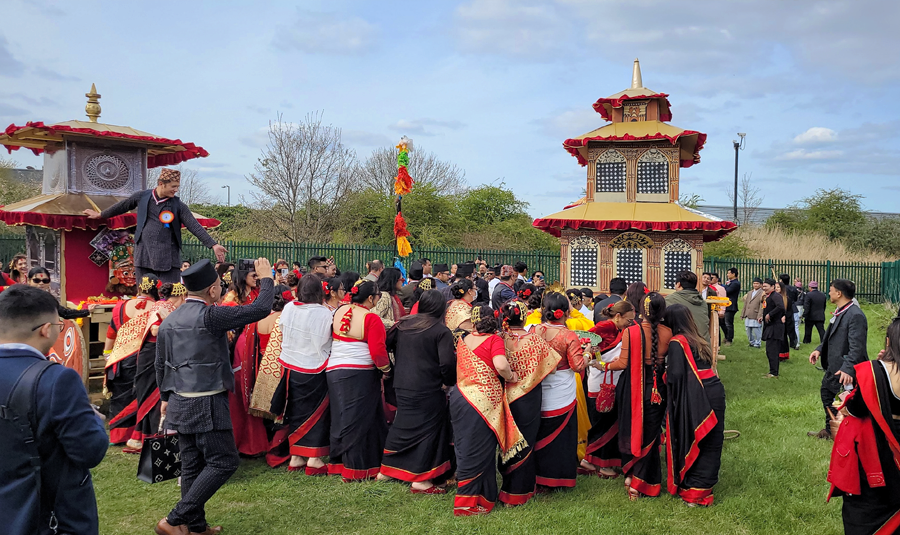 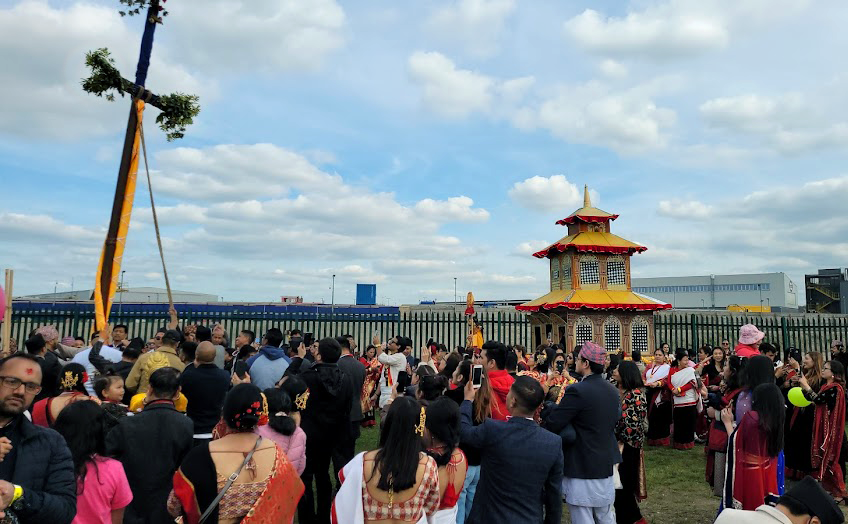 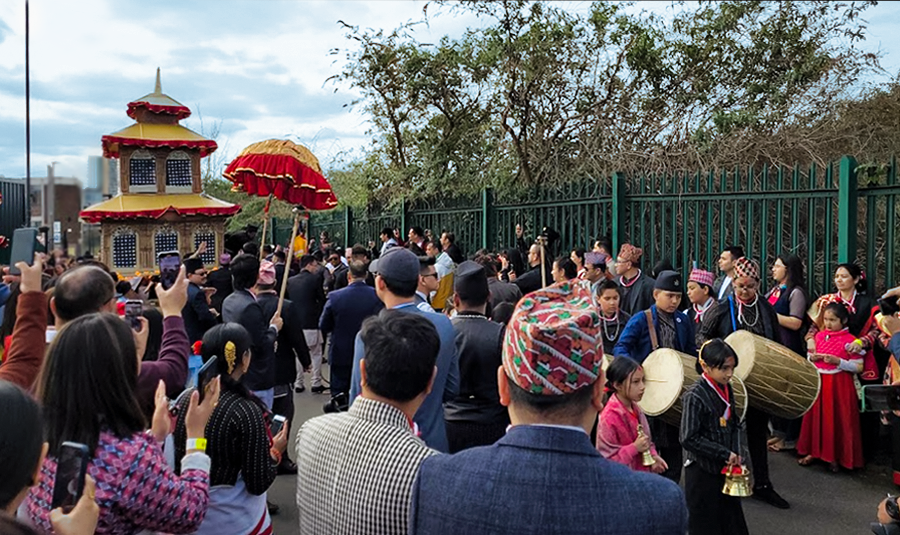 Biskā jatra in Nepal was from 10th April to 19th April this year. But in London the festival was organized for a day, on 10th April Sunday, looking at the convenience of the people attending and all the events were performed on the same day.

Even though the event was just for a day, preparation for this festival was started much earlier and took several days. The organizers and volunteers came together and put their extra hours on construction of chariot. People lived in various parts of London so the constructing the chariot was distributed in two groups. One form the South East London constructed the chariot of Bhairav while West London people took the task of Chariot of Bhadrakali. It took 200 hours and 400 hours of work to complete the chariot.

Along with the chariot procession the ceremony to raise the long wooden pole known as yosi was also done. But instead of wooden pole, the drainage pipe was used. Looking the safety the length was also shortened compared to that of Nepal.

Pasa Pucha Guthi has been organizing various events targeting the Nepali Diaspora in UK, as an attempt to continue the Newa identity in the foreign land. According to Mr. Ojesh Singh, President of Pasa Pucha Guthi, everyone is welcome in those event. He also added that the festival they organize in the UK should not be compared with the events in Nepal, as they could never make an exact copy of the festivals and processions. They have their own version of Biskā or any other events. They just want keep alive the “sense of belongingness” with this kind of festivals in UK.