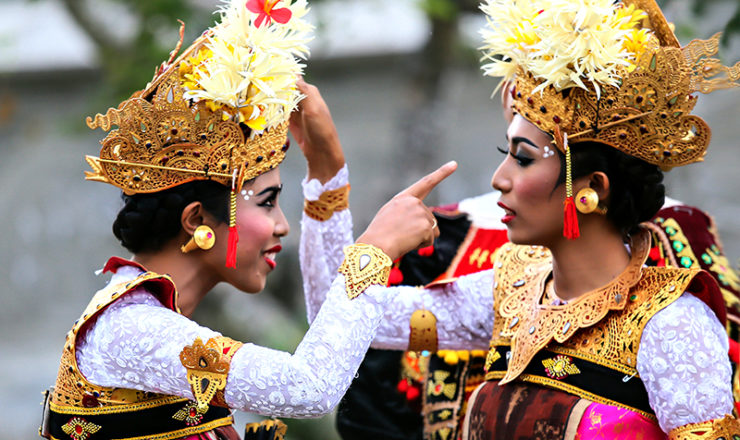 Every year for the past thirty-nine years, Bali hosts the Bali Arts Festival (Pesta Kesenian Bali), a traditional performing arts celebration featuring artists from all over Indonesia. Starting from 10 June with a magnificent parade where all Balinese regencies are represented, the festival continues until 9 July with several daily performances, all open and free for the public. Held in Taman Budaya in Denpasar, the festival venue represents a beautiful ensemble of traditional architecture pavilions.

Most participating performing groups come from Bali to demonstrate rare art forms from the distant parts of the island or compete in mostly popular genres, which include barong, legong, kecak, and various mask dances. Safeguarding these arts being the main objective of the festival, it has contemporary music, dance, and theatrical styles that reflect the motifs and patterns of traditional culture. Along with performing arts that are indisputably central to the festival, traditional Balinese foods and crafts, and even ways of conducting religious ceremonies are also showcased.

The Bali Arts Festival started in 1979 as a provincial initiative of Ida Bagus Mantra in response to rapid expansion of the tourism industry, attempting to prevent the extinction of traditional Balinese arts. It proved to be successful; and a series of various district and regency contests helped galvanize cultural life while dance and art schools were opened with government support. The festival remains mostly a local communal event allowing performers, artists, and craftsmen from different regencies to meet and occasionally compete with the support of the spectators from their own villages. Amidst the overwhelming growth of tourism industry in Bali, a condition that brings compounding threats to sustaining traditional cultural production, the presence of foreign tourists in the festival remains rather insignificant.