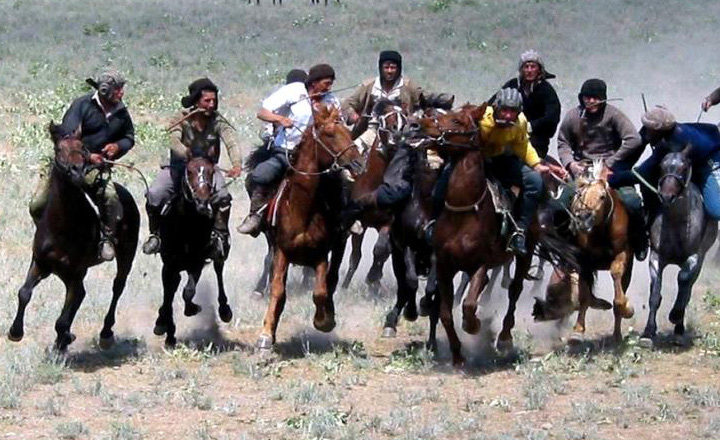 One of the many sections of the newly formed ichLinks site is the archive (https://ichlinks.com/archive/archiveM.do). While relatively new, the archive promises to deliver more and more valuable information on intangible cultural heritage of the Asia-Pacific region as the site grows. One example page of the archive is dedicated to kopkari of Uzbekistan.

Kopkari, which is also known as ulaq and buzkashi, is a traditional equestrian competition. The event is usually held in spring or autumn when weddings are traditionally celebrated as well as during the spring holiday of Navruz. Kopkari is a contest of horse riders. Before weddings and other ceremonies, Uzbek ancestors feasted on palov, a type of pilaf that is served at large gatherings, and at the end of the ceremony, they participated in kopkari performances.

Kopkari is mainly an individual contest that dates back several thousand years and is highly linked to Central Asian cultures. It brings up young generations in the spirit of physical health, quick-wittedness, and strength. The secrets, knowledge, and experience of how to feed the kopkari horses, how to bring them up, and the ways of making them “smart” is being passed from generation to generation. Kopkari is a game of peace and calmness and plays an important role in raising the men that grandfathers, mothers, and children rely on. Today, several kopkari games are held in many districts—namely, in the Kashkadarya, Surkhandarya, Samarkand, and Bukhara regions.

According to the ichLinks archive page, kopkari was designated as a representative cultural heritage element on the UNESCO lists in 2015 under the domain of performing arts. The dedicated page to kopkari as well as other pages of the archive also include several images to help engage readers and help them better understand the heritage elements being described.