Angam: A Sinhalese Martial Art in Need of Wider Transmission 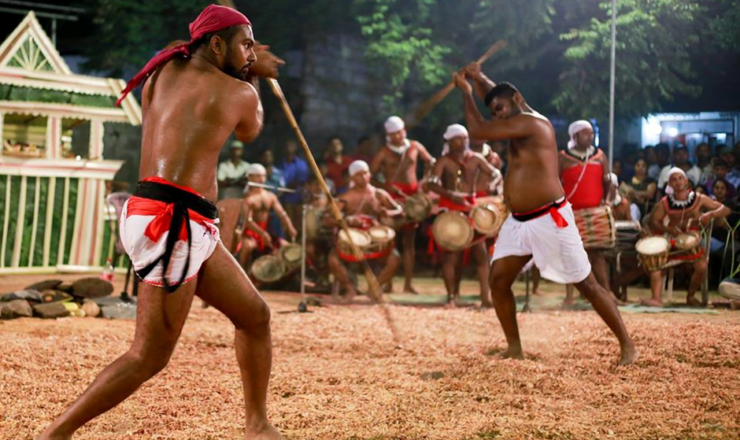 Legends would tell that Sinhalese kings mastered angam and intensified their support to promote it. After the Kandyan monarchy, the last kingdom of Sri Lanka, angam was transmitted under two main generations, sudaliya and murawalliya.

Older than Sri Lanka’s written history, angam is highly endangered of disappearing as there are few practitioners left to transmit the art to future generations. Mr. Vageesha Bandara Wicramawansha is one such angam master. He and his team of roughly seventy angam masters performed at the Janakala Kendraya Premises, Battaramulla, Sri Lanka on 26 August 2017. The cultural show was organized by the ICH panel of the Art Council of Sri Lanka as a part of its monthly ICH performance program.