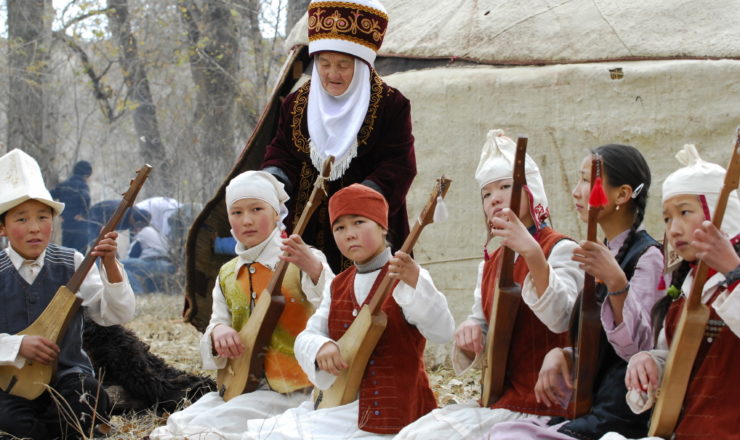 ICHCAP and the National Commission of the Kyrgyz Republic for UNESCO will hold the eighth Central Asia Sub-regional Network Meeting on the Safeguarding of Intangible Cultural Heritage from 26 to 29 July in Bishkek, the capital of Kyrgyzstan. The meeting will be attended by ICH experts from Korea, Uzbekistan, Kazakhstan, Tajikistan, and Mongolia to discuss possible means of international cooperation for ICH safeguarding in Central Asia.

Since 2010, ICHCAP has held sub-regional network meetings with Uzbekistan, Kazakhstan, Kyrgyzstan, Tajikistan, and Mongolia to support their ICH safeguarding activities. Through the meetings, ICHCAP has executed several projects for ICH information collection, ICH website creation, and ICH audiovisual documentation. It has also conducted various cooperative projects to raise awareness of the value and meaning of Central Asian ICH among the public and experts.

A symposium on the theme of “ICH safeguarding and vocational training network establishment” will be held on the first day of the meeting. Experts from Central Asia and Korea will participate in the symposium to examine the relations between ICH safeguarding and vocational training in the context of UNESCO policies, check the current status of ICH vocational training and policies in Central Asian countries and Korea, and discuss the possibility of setting up a related network. The second and third days of the meeting will be dedicated to the ICH photo and film exhibitions, which will be open to the public. The exhibitions are aimed at showing the results of the project for ICH video production in Central Asia that ICHCAP has executed with the four Central Asian countries and Mongolia since 2015. Under the theme of “Living Heritage: Wisdom of Life,” fifteen videos and about a hundred photos on ICH will be presented to the public.1. On the third and fourth days, there will be a working-level meeting on the cooperative ICH safeguarding projects between ICHCAP and Central Asian countries, including ICH video production and book publication.

This year’s meeting will be held in conjunction with the International Festival of Crafts and Culture of Central Asia dubbed as “Oimo 2017,” which will be staged at Bishkek and Issyk-Kul, the Pearl of the Central Asia. After the meeting, the photo and film exhibitions will be moved to Issyk-Kul Lake for an extended run from 1 to 7 August 2017.