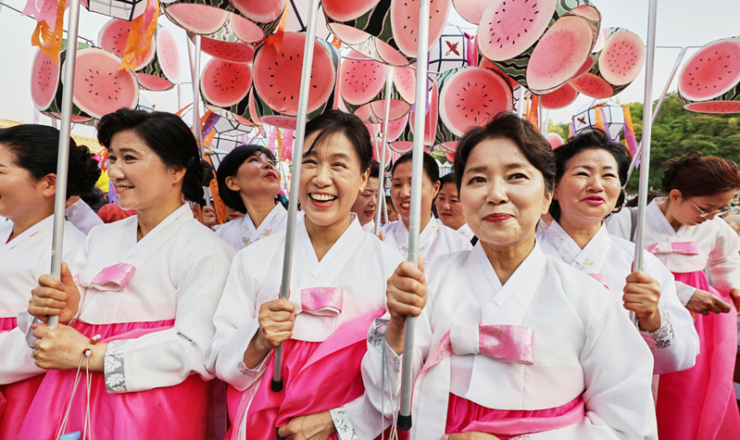 Participants are waiting for the parade with holding watermelon shaped lanterns © The Cultural Heritage Administration and the Yeondeunghoe Safeguarding Association, Republic of Korea, 2018

The 41st session of General Conference, which is taking place from 9 to 24 November 2021, also marks UNESCO’s 75th anniversary. For the occasion, an exhibition titled “The UNESCO Adventure” is on display at headquarters in Paris, France. It gives an overview of UNESCO’s history and its achievements, including in the safeguarding of intangible heritage and the broadening of the notion of Cultural Heritage.

UNESCO was born in 1946 in the aftermath of two world wars with the endeavors to understand, preserve and convey the best of our shared humanity. The aim of UNESCO is to promote Peace through Education, Culture and the Sciences. To achieve this, UNESCO has launched pioneering programmes and tools that have helped change how we see the world.

One of these was these instruments is the Convention for the Safeguarding of the Intangible Culture Heritage which was adopted in UNESCO’s General Conference in 2003 and came into force in 2006. It is a key normative instrument that emphasizes the importance of safeguarding intangible cultural heritage.

To this date, 180 States Parties have ratified the 2003 Convention and 584 elements are inscribed on its Lists. Since then, UNESCO has provided over 35 million US$ to support living heritage safeguarding activities in 157 countries across the globe.