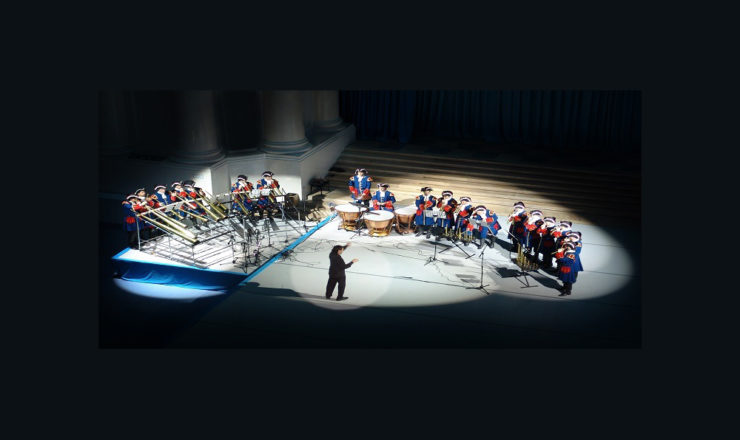 The thirty-ninth International Annual Euroradio Folk Festival (EFF) will take place from 26 to 28 May 2018 in the Ostankino TV Tower, Moscow, Russia. The event is organized by the European Broadcasting Union, consisting of seventy-three members in fifty-six countries and thirty-four associate members from a further twenty-one countries mostly in the Asia-Pacific region and and North America, as of January 2018. Launched in 1980, the festival has grown into one of the biggest music festivals in Europe, with more than 2,000 vocal and instrumental ensembles and soloists on stage showing depth of traditions of their countries to a million-strong audience.

And now the EFF is spreading the hosting ground to the Asia-Pacific region, due to the rising popularity in Australia, India, Bangladesh, and other countries. Mrs Irina Gerasimova, CEO and Artistic Director of Russian State Music Television and Radio Centre and the Orpheus Radio Station invited the thirty-ninth EFF to Moscow.

This year, musicians from twenty-five countries were invited, and seventeen acts were entered by EBU Radio organizations. All acts will be showing a full range of folk traditions in Europe and beyond. The main contributions this year include a string and percussion quartet from South Korea (by the Associate Member, the Korean Broadcasting System), horn players from Russia, a Turkish group called Anatolian Music Chamber, and a Spanish group that blends rock instruments and Galician folk. China will be represented for the first time in the festival’s history, with an ensemble of ruan (plucked string) players, entered by the new EBU Associate, the Shanghai Media Group. During the thirty-ninth EFF, all concerts will be recorded by Radio Orpheus and made available to EBU Members and Associates.

The Euroradio Folk Festival does not pursue commercial goals. This is a place for free and informal communication of representatives of different peoples. Here, folk artists have the opportunity to demonstrate their skills and share their experiences, which ensures protection and promotion of folklore music and even supports their new directions. To a certain extent, EFF also solves image problems, because the level of participants represented by radio companies reflects the actual life of Europeans and illustrates the state of culture in each country. More information about the festival is available in English or Russian on the EBU website and ticket sales website.