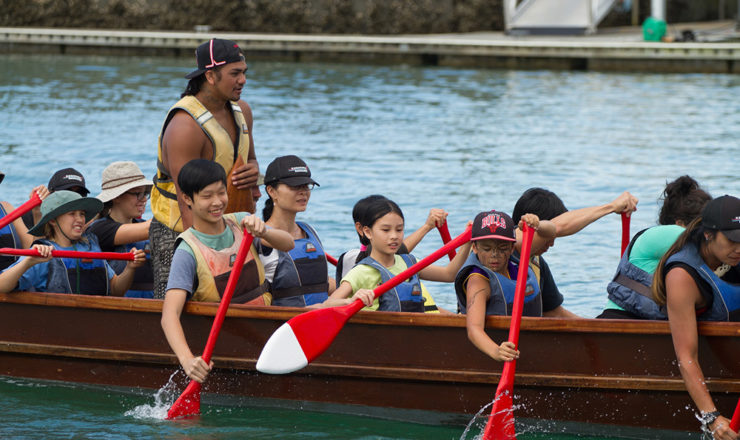 The Auckland Tamaki Herenga Waka Festival will be held on Auckland’s waterfront and harbor over the Auckland Anniversary Weekend, 27 to 29 January 2018. Traditionally, with Auckland being home to more than 180 ethnicities, the region has featured various types of Maori presence including Maori waka (canoes) during the weekend. And in the recent years, this tradition has been celebrated as a festival, a result from collaboration among the Mana Whenua; nineteen iwi (tribal groups) authorities of Tamaki Makaurau; the Auckland Tourism, Events and Economic Development (ATEED) on behalf of the Auckland Council.

The program consists of music, games and craft activities, storytelling, and waka parades and rides. Sunday, 28 January, is the peak of the festival, hosting an array of waka activities such as waka paddling and a waka carving demonstration. On the same day, participants can visit village workshops to experience traditional arts and craft like toi (Maori arts), weaving, and carving. At the ANZ Viaduct events center, several art exhibitions will take place. There will also be a booth of modern digital games in the venue. Next to the Viaduct basin, people can experience waka sailing throughout the festival.

The festival has become a host of celebrated events during the Auckland Anniversary Weekend in just a short period of time. The 2018 Auckland Tamaki Herenga Waka Festival program is expected to be enjoyed by the locals and tourists, marking a scene to celebrate Maori history and heritage as well as the contemporary culture of Tamaki Makaurau.

Admission is free; however, partial payments may be collected in some tour zones and market places for food or souvenirs. The festival’s full program is available here.