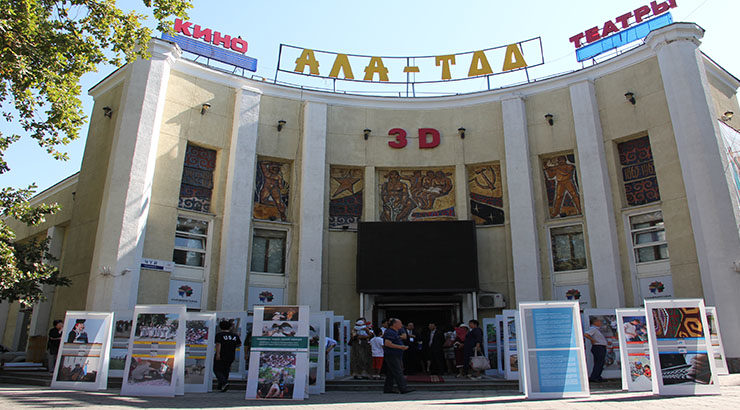 ICHCAP presented photo and film exhibitions on Central Asian ICH from 27 to 28 July in Bishkek, the capital of Kyrgyzstan under the theme of “Living Heritage: Wisdom of Life”.

ICHCAP has conducted the joint video production project with Kazakhstan, Kyrgyzstan, Tajikistan, Uzbekistan, and Mongolia for the past two years with the aim of promoting the importance of ICH safeguarding among the public and especially young people. The project has resulted in a total of fifty videos, or ten videos for each country. During the exhibitions, a total of fifteen videos, or three videos recommended by each country, were showcased for the first time to the public.

The photo exhibition, which took place on the sidelines of the video exhibition, showcased more diverse ICH of the participating countries through about one hundred photos.

Director-General Kwon Huh of ICHCAP said this event will hopefully encourage the organization of various public events that feature ICH of Central Asia and also Asia-Pacific to increase the visibility of ICH.

The public exhibitions will also take place at Issyk-Kul Lake in Kyrgyzstan, known as the Pearl of Central Asia, from 1 to 7 August. Some of the videos presented during the exhibitions will be also introduced to the Korean public during the 2017 International Intangible Heritage Film Festival to be held in Jeonju, Korea, starting from 31 August 2017.