12th Session of the IGC to be Held in Korea 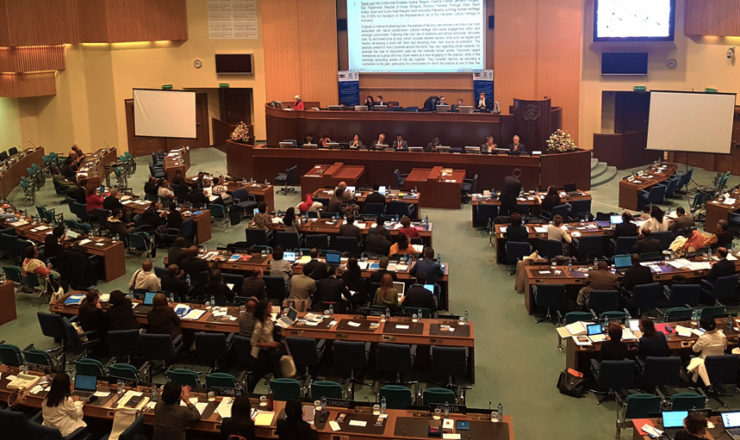 At the eleventh session of the Intergovernmental Committee for the Safeguarding of the Intangible Cultural Heritage (IGC), which was held from 28 November to 2 December 2016 in Addis Ababa, Ethiopia, the members decided to hold the twelfth session in the Republic of Korea from 4 to 8 December 2017. Ambassador Byong-hyun Lee, Permanent Delegate of the Republic of Korea to UNESCO will serve as Chair with Mr. Gabor Soos of Hungary as Rapporteur. Representatives from Bulgaria, Turkey, Colombia, Palestine, and Cote d’Ivoire will serve as co-chairs.

One of the key agenda items to be discussed at the 12th session will be a review of the examination methods for nomination files. Many nominations the Evaluation Body selected were deemed to have insufficient information, thus raising issues about the role and reliability of the Evaluation Body as well as the authority of the Convention. Although there had been similar attempts in the past the address the issue, with many committee members and experts criticizing the increasingly politicized process of inscribing elements to the Representative List, a decision was finally reached to form a working group that will review the overall process of evaluating nomination files. The key question would be whether the Convention will start employing stricter standards in selecting elements for the Representative List or focus on raising ICH visibility with a more open system.

Another key issue is the safeguarding of ICH in emergency situations. The safeguarding of cultural heritage in emergencies, such as natural disasters and wars, tends to focus on tangible physical heritage, often resulting in excluding ICH from public interest and support. As ICH is deeply related to cultural identity, special care is needed to ensure that the ICH of minorities is not suppressed by mainstream culture in conflict situations. Discussions on this issue will continue in coming years through expert meetings, execution plans, and operational directives revisions.